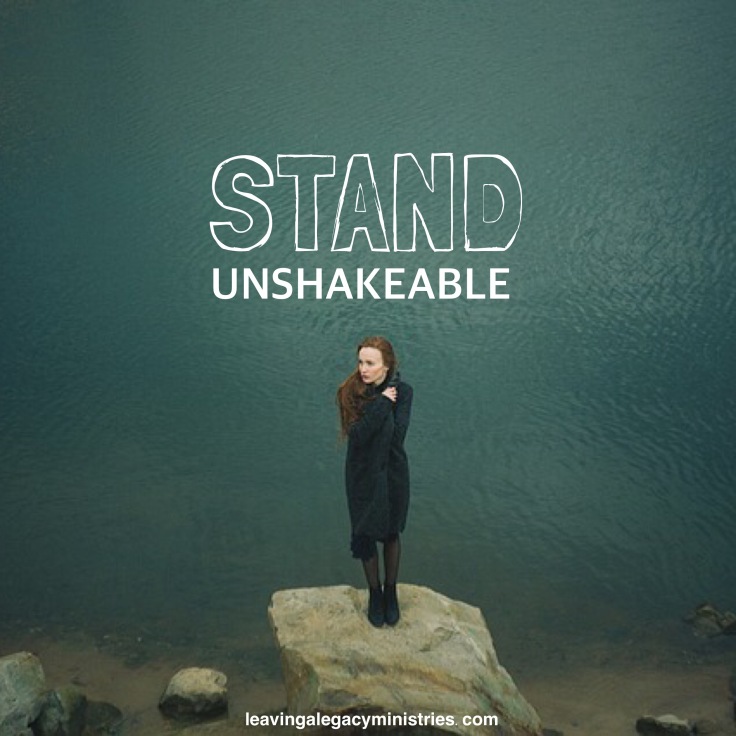 After being ridiculed or disrespected repeatedly about what we know to be true we may begin to question our stance. We may become so worn down that we change our position completely even though it is for the worse.

King Jeroboam refused to acknowledge God as the one true God. He made idols, images, burnt incenses to them. He even sent his wife on an errand, in disguise, to speak with a prophet of God.

Our God’s response wasn’t “oh they’re making me look too harsh…I’ll play dumb this time and let it slide” or “well maybe their worshipping of idols isn’t so bad…I can give a little bit”.

Instead he continued to stand as the I Am, even though his own people were making light of who he was. Our God won’t lie or bend the truth to win popular opinion. His children don’t have to either.

Keep standing on the truth no matter what or who tries to shake you down.

“Walk your people through a riverbed.
Defeat a city with marching and trumpets.
Single out one person that has sin in his heart.
Stand before the nation and make it known that no matter what you will serve me.”
This could have been Joshua’s response:
We’ll take a boat.
Went in with weapons.
Did away with the entire tribe.
Gone with the crowd.
But instead he remembered the words of the Lord before it all began,”Be strong and of a good courage”.

Jacob and Esau. They came out of the womb fighting one another. They grew up with clashing personalities. They had different interests. Even their birthright was a cause of dispute.

Deception was involved when it came time to receive the blessing from their father. Jacob’s mother convinced him to deceive his father. Esau was left dealing with the consequences of Jacob’s choice. His future had been stolen.

Jacob fled the country for fear that his life would be taken by Esau…his twin brother.

But then, after years of separation, Jacob and Esau are reconciled. Jacob offers an apology and Esau extends forgiveness.

The past was left behind them.

They made a choice to live in the present.

What an amazing ending to such a difficult beginning…how great it is that they could dwell in unity.

Is there a brother or sister in Christ that you are at odds with? Are you in the position to offer an apology or to extend forgiveness?

Put the past behind you. Live in the present. Dwell in unity with your brethren.