Churchgoing hypocrites intentionally exploit God for their own benefit. In Jesus’ day the Pharisees mistreated widows, in the name of God, for their own gain. They converted people to their religion, which they claimed was based on God’s law. In doing so they convinced people to follow after their methods, not God’s. Hypocrites.
Peter was a devoted follower of Christ. Yet in a moment of weakness he denied the Lord. He made a mistake. He was overwhelmed with shame, weeping when he realized what he had done. He had went against what he had known to be true: he was a follower of Christ.
The Pharisees continuously rejected God. Peter said that Jesus was Christ and he would serve no one else. The Pharisees wanted to rid themselves of Jesus. Peter ran to him, even after his denial. Jesus said to the Pharisees “woe unto you, hypocrites” but to Peter he said “feed my sheep”.
They both had denied Jesus. What was the difference? The difference was that Peter acknowledge his wrongdoing and turned from that sin. The Pharisees were content to live in their deception.
Most likely you’ve sinned after making a public commitment to Christ. My guess is that you’re being beat down with “You’re a hypocrite if you try serving the Lord again.” Let me say: No!! That’s deception from Satan. Call sin sin, repent and move on: live the gospel! Only you and God know your intentions. Don’t allow a lie to dictate if you choose to walk in the forgiveness God has offered you.

Miriam, Moses’ sister, and Aaron, Moses’ spokesman started badmouthing Moses’ choice for a wife. They went on to question what was so special about Moses that the Lord would want to speak through him. The Lord overheard their conversation and immediately put a stop to it.
Aaron confessed their wrong to Moses. Moses forgave them.
Satan will try to throw wrenches in the relationships that mean the most to us. He will try anything to put a division between God’s people. Extend the same forgiveness that you would want offered to you. Move on without holding grudges.
Scripture taken from:

After years of discord David and his son Abner were now at peace. They had made a covenant to work together instead of against each other.

Joab couldn’t believe it. He refused to. He held onto the bitterness he felt toward Abner. He was ate up with hatred for the man. Instead of following after David by choosing to find forgiveness he killed Abner.

David was distraught. Regardless of the treason Abner had committed he was still his son.

Maybe that’s why David was able to forgive him so easily.

And if Joab would have put himself in David’s shoes perhaps he would have been able to forgive also. At least he would probably have refrained from killing his king’s son.

If you’re having a hard time dealing with an issue try to look at the situation from several different points of view. It may not change your outlook but it could help you not to react so drastically. 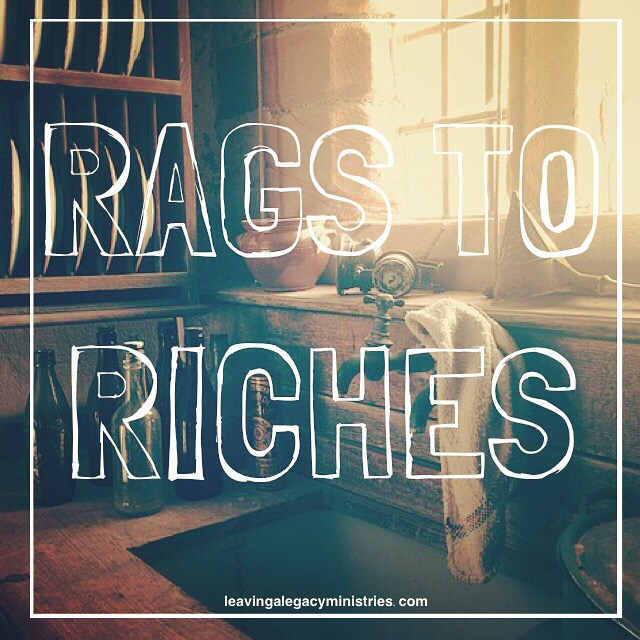 Isaiah told the people “see these places of desolation–you’ll build it again through God’s power. These cities that you have written off–God is going to make them great.”

Relationships can be restored. Careers will prosper. Hold on. Follow after Jesus. He can turn rags to riches.

Rise Up and Move On

The people of Israel wandered in the wilderness eating manna that came down from heaven and drank water from a rock.
Divine care.
So they showed their appreciation to God by making a golden calf and worshipping it.
God’s reaction: He pointed out their wrongdoings, they suffered the consequences but God kept providing manna and water.
It’s the same way now. Sometimes we just blatantly choose to do the wrong thing, to go against God. We may feel like there is no coming back from that mistake. But there is. The Lord is still providing for you. He is still calling you. Seek forgiveness and move on.
The conviction you feel isn’t meant to beat you down. It’s intended to build you up. 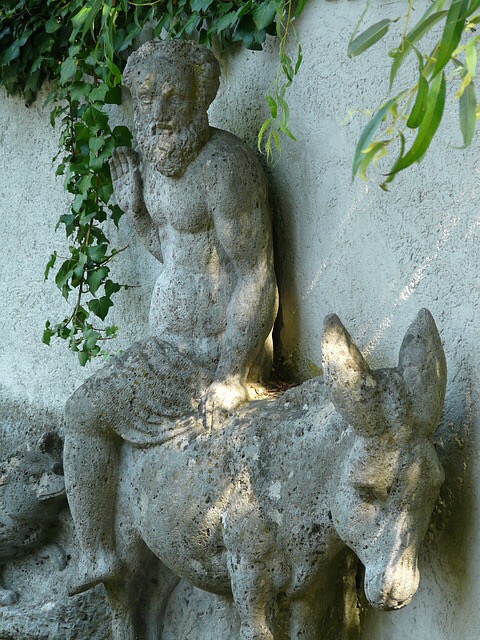 “Fight” or “flight” tend to be common reactions when a person is faced with opposition.
So when Balaam found himself in an alley with an angel of the Lord that had been sent to slay him how did he react?
He didn’t fight nor did he run. Instead he chose to ask for forgiveness.
The Lord forgave Balaam and blessed him as he journeyed on.
Follow Balaam’s lead. Don’t fight a losing battle and don’t run away from your problems. Seek forgiveness and the Lord will bless.

Sarah laughed when she heard that she would be a mother in her old age. Probably because she had named herself as a bitter, forgotten, useless woman.

But time had come for her to make a choice. Would she be a help to herself, her future, or would she continue as before?

She chose her future. She chose to see herself as needed, helpful and loved. The Lord blessed her inkling of optimism and blessed her as mother of the nations.

God sees us at our best. He doesn’t hold our worst against us. Neither we should we. Let bygones be bygones. Jump at the next opportunity the Lord gives you— I promise you there’s one coming.

Joshua stood before The Lord awaiting the sentence. He had just been put on trial, prosecuted by Satan himself. As he anxiously awaits the verdict he knows it doesn’t look good. The arguments made against him were valid. He had made many mistakes in the past.

His head dropped as he realized that his future hung in the balance and that his end was coming up short.

Satan was silenced as the Judge spoke, “This man will not be tried based on who he once was.”

The sentence was given: freedom to move forward.

Joshua’s head jerked up as he stared at the Judge.

“Joshua has been forgiven of all his past sin. I no longer hold him accountable. He has been awarded a fresh start.”

Joshua stood before The Lord sinless, without fault.

And in this we see a picture of ourselves.

Christian, remember that when Satan stands beside you, buffeting you, that Jesus is standing before you, calling you to freedom. He no longer holds you accountable for past sin. Don’t allow the Naysayer deter you from living a life of victory.

Reach out to Jesus instead of falling into step with the enemy.

The man stood in solitude.

A familiar noise filled the air. He looked to find the source of it. On the horizon he saw an army of people coming toward him.

In disgust he turned his back on them and walked away.

These were the people that had wronged him. They were the ones that had made him feel unimportant, useless, unintelligent and unloved.

“Why would they be coming at me again?” he wondered. “I want nothing to do with them.”

A hush fell over the crowd that was pursuing him. He turned to look.

The Captain appeared from within their midst. He was walking toward him.

Immediately the man recognized Him.

The man stood speechless. It had been years since he had been wronged. For years he had been ignoring their plea of repentance. He had never even given it consideration.

Now, as the captain spoke, something within him gave way. The man felt the bars he had put up begin to crumble. Finally the bitterness began to subside. Relief started to trickle over him as forgiveness filled his heart.

He was tired of denying these people. Tired of refusing the plea from their captain. Sick of the burden that had taken an ugly toll on his life.

He could stand it no longer.

The man fell into step with The Captain and went to meet the army in love.

Reconciliation had been won. Both sides were declared victorious.

And so goes the battle for an offended brother.

The bible teaches that an offended brother is harder to be won than a strong city.

But upsets happen all the time.

Keep praying. Keep consulting The Captain, our Lord, on their behalf. Ask others to join you in the fight for their soul. And let Jesus lead the battle.