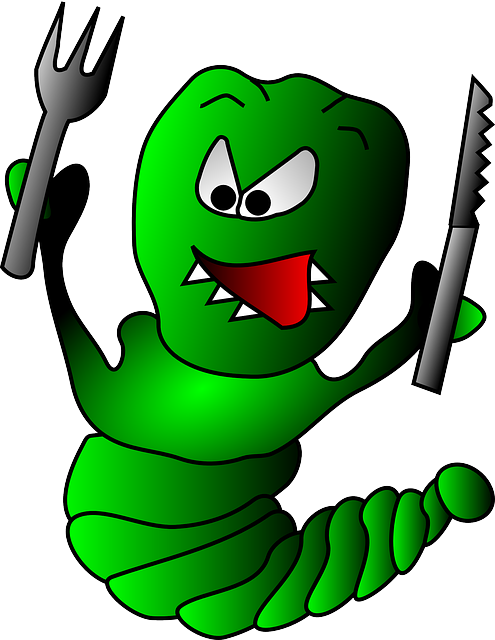 My family gets hangry. Myself included. For us irritability is usually fixed with food.

Today I had a problem that food couldn’t fix. Because it wasn’t physical nourishment I was lacking.

I was hangry for the Word.

This morning wasn’t routine for me. Getting fed by the Word was put on the back-burner. And my poor attitude throughout the day was a result of my neglect to “feed” myself.

The Word is that nourishing to us. It gives us energy to fight the battles of the day. To stay strong and focused on Jesus. It affects your outlook. It comforts as you go along.

Have you been nourished today? Or are you walking around hangry for the Word?

“Momma you are the best cook in the whole world.”

Strangely enough, I tend to receive these compliments on a semi-regular basis.

(Although occasionally it is given as a reassurance when I make something that turns out a little “golden brown”.)

But mostly my husband and children just brag on my cooking skills as we enjoy a simple dinner together.

So what then has elevated me to “five star chef status” in my family’s minds?

I started thinking on Jesus and a few meals that He has been associated with. Two came to mind.

First I was reminded of the bonfire in which Jesus served fish and bread.

I’m guessing that the disciples were still raving over their breakfast when dinner time rolled around. Surely they chalked it up to being the best meal they had ever taken part in. Maybe Jesus’ culinary skills came into conversation but I bet the focus of their chatter was the greatness of their love for Him and the love they felt from Him. And what it was like just to be in His presence at the meal.

Fish sandwiches have never sounded overly appetizing to me but you can be assured that I too would have eaten it since Jesus was the one that had prepared it.

Then I began thinking on the meal that He began preparing for us thousands of years ago: the Marriage Supper of The Lamb.

Our Jesus, the Master Chef, began preparing this meal the moment He left heaven to walk upon the earth that He had created. As a man, born of a virgin, He chose to live a perfect life so that He could be our spotless sacrifice on the cross of Calvary. In victory He rose up out of the grave, defeating death, making a way for us to live eternally with Him. And now He is finishing up the final touches on the meal He has gone to prepare for His children.

So how is it that burnt grilled cheese sandwiches get rave reviews? Or that fish and bread can become the meal of a lifetime?

The reality of the words spoken around my kitchen table began to sink in.

My family isn’t necessarily blown away by my “amazing” cooking skills as much as they are just proclaiming their love for me because they can feel the love I have for them.

Nor was it about the food at the bonfire. Instead it was about the love in which it was served and consumed.

And love is the reason that we want to be in attendance at the marriage supper of the lamb. Becoming part of the bride that Jesus returns for is only possible if we choose to reciprocate the love He has offered us.

Love has the power to defy odds in altering my family’s tastebuds. And maybe even in the disciples.

But most importantly Love has made it possible for us to share in the greatest meal of all eternity.

Allow it to reserve you a seat at the Heavenly Feast.

The devil uses temptation everyday in all areas of our lives. Some small, some subtle, yet all temptation is an exit ramp to sin. Since the creation of the world Satan has used food as one of his devises to destruct.

In the garden of Eden the serpent used fruit to tempt Adam and Eve and thus sin entered into the world. He even tempted Jesus in the wilderness after Jesus had fasted for forty days by saying turn this stone into bread if you are the Son of God.

It can be very hard to avoid temptation whether it is eating something that isn’t good for us, or any other type of sin. But just as Jesus replied to the devil with scripture so can we. In 1 Corinthians 10:13 it says:

There hath no temptation taken you but such as is common to man: but God is faithful, who will not suffer you to be tempted above that ye are able; but will with the temptation also make a way to escape, that ye may be able to bear it.

So the next time you are tempted; just remember the Lord has already made a way out of it. Just look!!!!!

Thank you to Cassi for allowing me to post this. May He bless you richly for your obedience and sensitivity to the Spirit.

On the menu today: the Word of God

Will you be feasting on it?