Getting ready for the women’s conference at Dyer Hill this Saturday. Prayers would be most appreciated!!!

What’s the formula for following God’s will for your life?

Communication with Jesus: Tell Him what’s going on in your life. Praise Him. Get in His Word.

Dwelling on Jesus: Focus on what you know to be true. Not the what-ifs or could-bes.

In doing these three things you are giving God free reign to direct your paths, to put you where He would have you to be.

The children of Israel rose up from worshipping the molten calf. In the background they could see the pillar of the cloud.

Even after their sin.

Even though the Israelites had made a wrong decision God didn’t pack up and leave them to perish in the wilderness. Instead he kept offering guidance to them. He kept providing for them.

At times you may feel that He has given up on you. That your decisions have caused him to forever put up a wall between you and him. That he couldn’t care less how you lived the rest of your life.

But that isn’t true.

God loves you. Don’t be fooled into thinking that you have to go at this life alone because of a previously made wrong decision.

Repent and get back on the right track. He is ready to move on. Are you?

The people awaited Jesus’ return. Therefore they received him gladly when he came near.

But how about the people that weren’t waiting for him…the people that we’re trying to avoid him? I’m sure their reaction wasn’t filled with gladness. Instead they probably harbored feelings of anxiousness, nervousness or anger.

How we receive Christ’s presence in our life is a sure indicator of our relationship with him.

Are you awaiting Christ or avoiding him?

Jesus is working all things for your good. Gladly receive Jesus’ presence in your life. 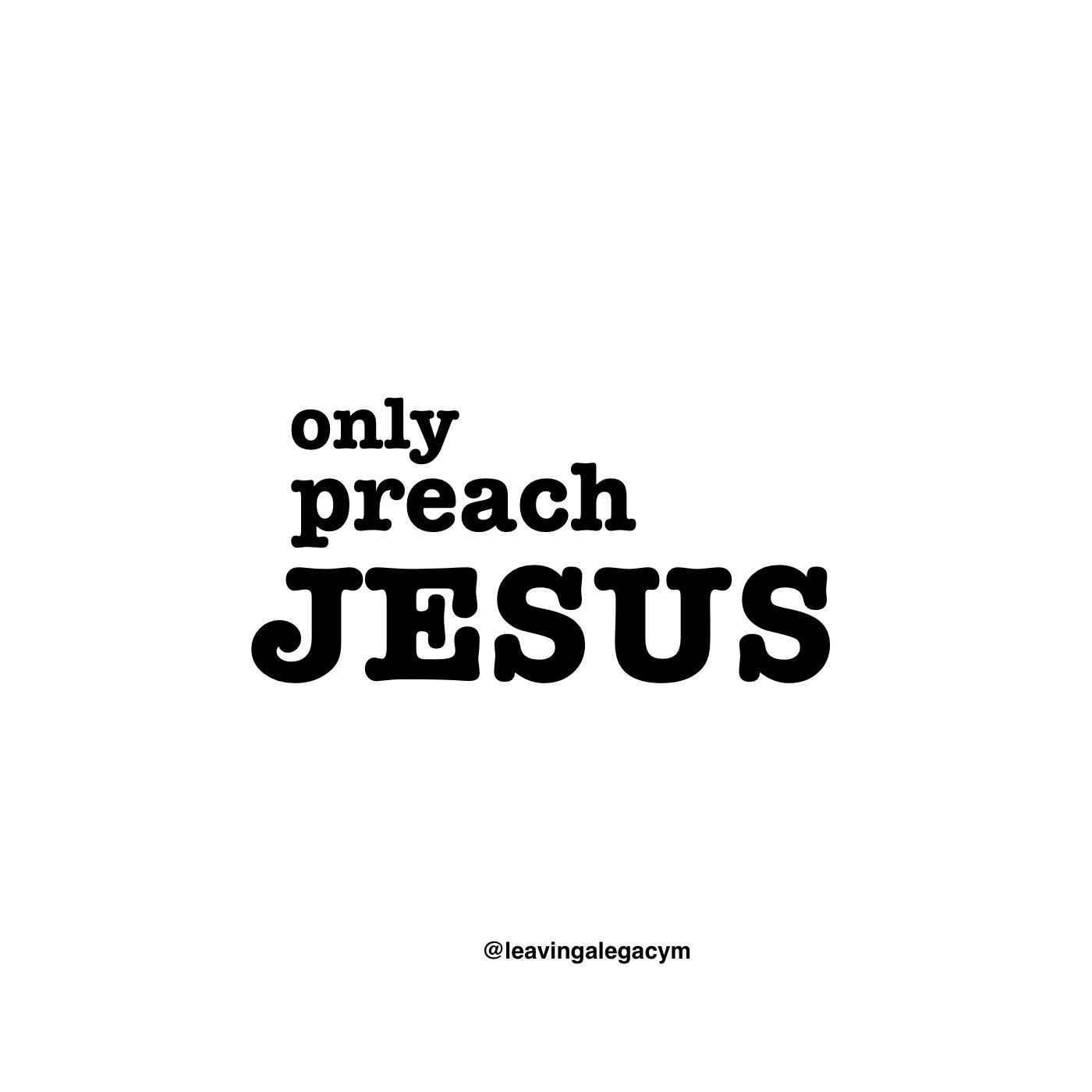 “Neither make mention of the names of their gods.” This statement came from Joshua’s final address to the Israelite people.

How are you doing with that in this politically correct world?

Are you lifting up only the name of Jesus in your household? Or are you giving place to things that aren’t of God? Things that go against his word?

At first it seems unlikely that within a Christian home there would be the attempt to expose the children to sin. But how often do we hear “you need to expose your children to things of the world so they won’t go wild when they’re on their own” or “I’m going to introduce all religions to my children and give them the freedom of what religion they’d like to be part of”?

These statements may sound reasonable or noble. But that doesn’t make them of God.

Adhere to Joshua’s words of wisdom. Preach only Jesus. 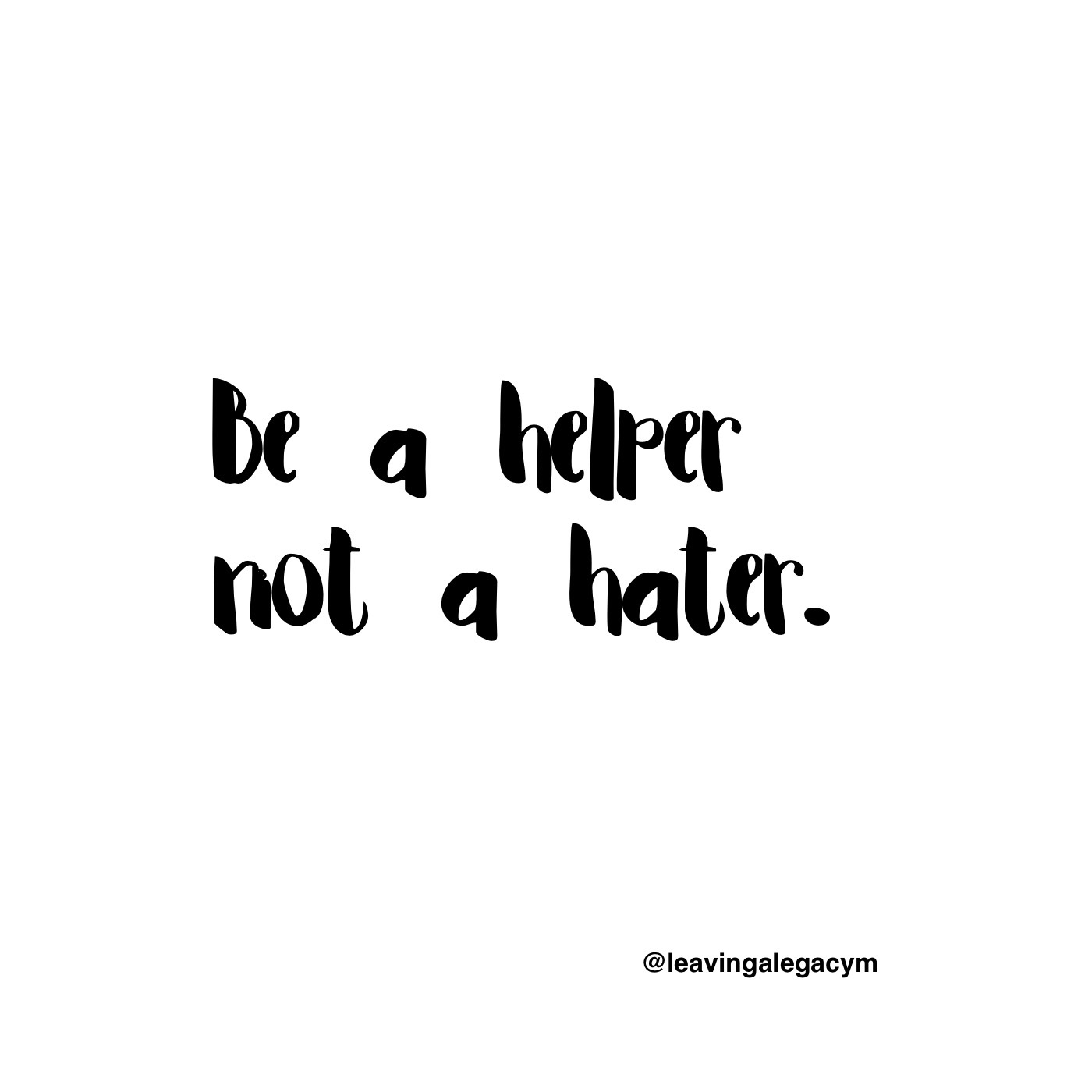 John wrote about two men in his third epistle: Gaius and Diotrephes.

Gaius was a man that helped Christians to grow in Christ.

Diotrephes set out to promote himself, not caring what happened to the Christians around him. He even went as far as casting them out of the church.

John ends his letter on this note: follow the good example, not the bad.

Christian, be a help to those around you, not a hindrance. 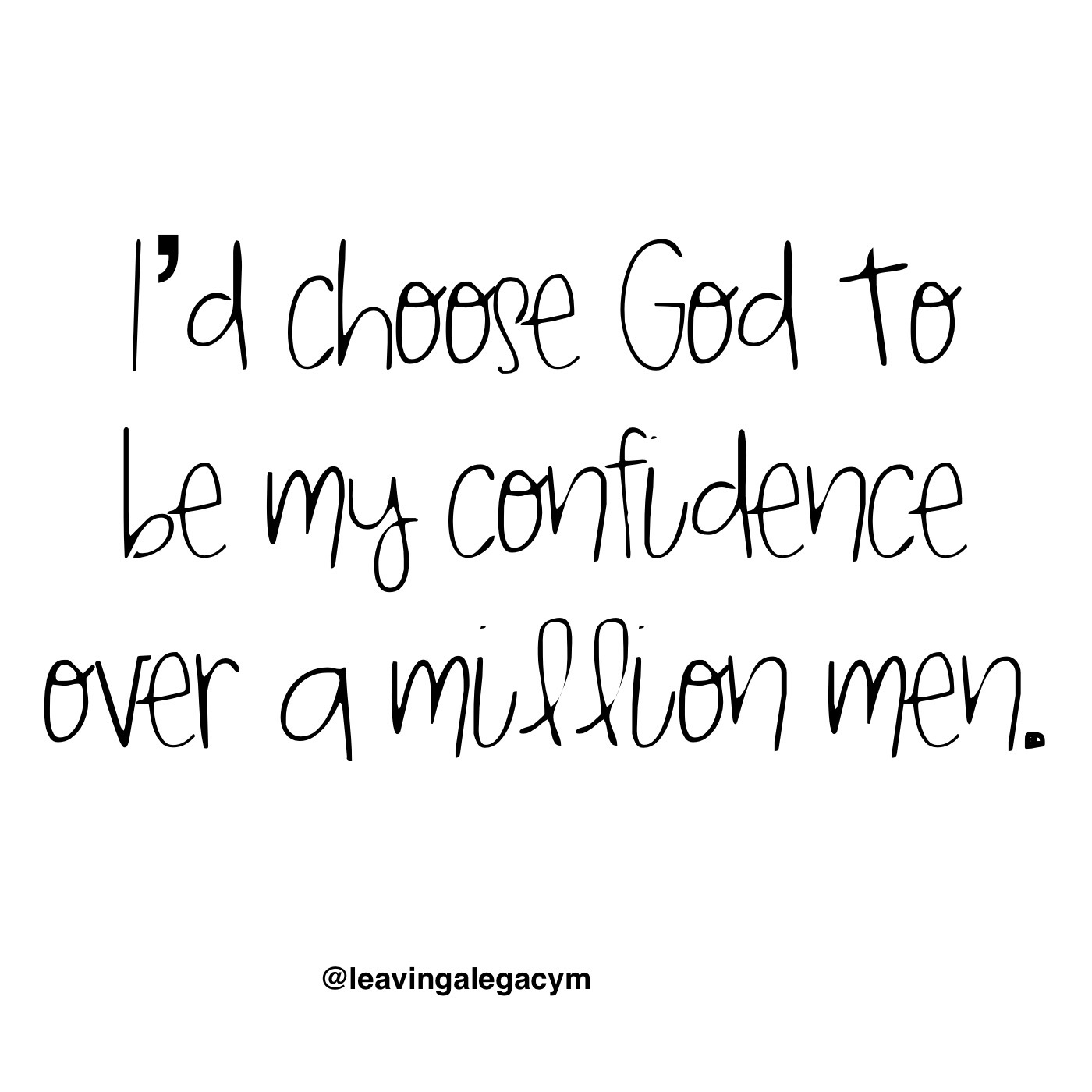 Gideon was a man on a mission. His goal: to slay the two kings of Midian.

He went to the Succoths for support. He was denied.

He then asked for help from Penuel. Again he was turned away.

It seemed that doom lurked in Gideon’s future.

Gideon was able to single-handedly destroy the kings in spite of the lack of support from those around him.

Are you going forward with a vision that The Lord has given you even though you’re being faced with naysayers along the way?

I encourage you to keep pressing on because God is the one that gives the end results. As long as He is on your side you’ll prevail.

At the end of King Nebuchadnezzer’s life he praised the King of heaven. He acknowledged that God was the one in control of his success.

I wonder if he knew just how true his words were. Roughly two decades before Nebuchadnezzar’s praise Jeremiah had prophesied that Nebuchadnezzar would have a great kingdom, blessed by God.

Jeremiah illustrated this by hiding stones in the Egyptians’ brick kiln. The stones hidden in the clay would be part of the foundation of their buildings. Wherever the stones were used Nebuchadnezzar’s royal pavilion was to spread over them.

Nebuchadnezzar was most likely unaware that this had happened, yet he benefited from it. He was literally given a foundation from God.

God has provided a foundation for you too. You might not have realized or acknowledged when he began working in your life. But he did. Maybe it was Sunday school. Maybe it was a Christian friend. Or a tract you read on your own.

Jesus has been working on our story long before most of us realize. He loves you. He has provided for you. It’s because of those provisions that you stand as a child of his today.

Peter adamantly denied Christ even though he had told Jesus that he would die for him rather than to deny him. But when he was alone in the world, facing others, he turned his back against his Lord.

Not very long after Peter’s denial we read of his first message given to the church through the Holy Spirit. In this case Peter boldly declared Christ before the men and women. He preached Jesus crucified and risen again. The boldness Peter possessed was a stark contrast to his cowardliness only months before.

The difference in Peter? The Spirit.

Peter found strength to stand for Jesus because the Spirit was comforting him, making him bold, giving him strength. He was no longer alone; Christ lived within him.

The indwelling of the Holy Spirit can have that type of an effect on us too. Allow the presence of the Spirit to make an impact in your life.