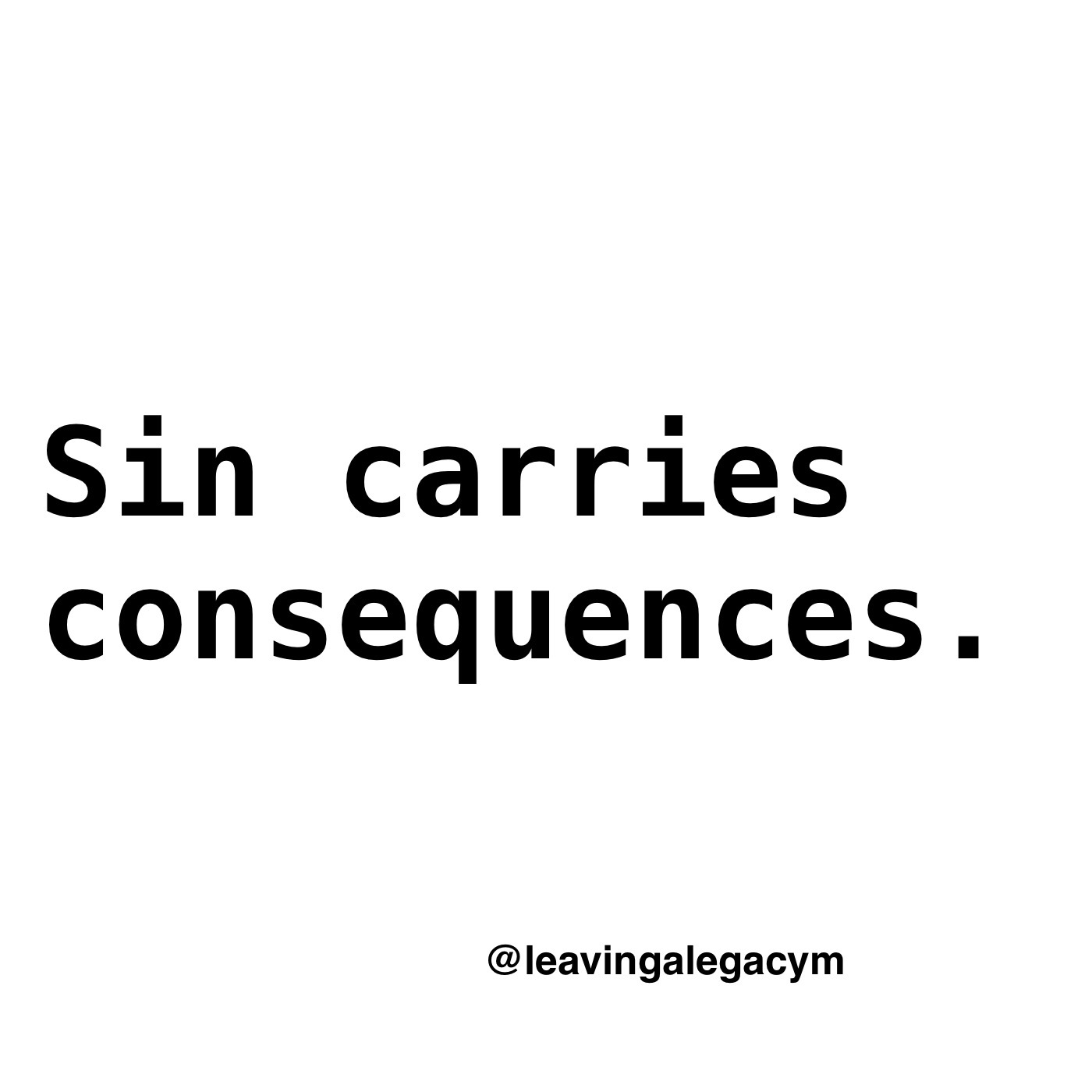 To cover up an affair with Uriah’s wife David had Uriah sent to the front of the battle to be killed. Others had to be sent with Uriah so that the murder wouldn’t be so obvious. Consequently, several innocent soldiers lost their lives because of one man’s sin.

The decision to sin doesn’t come without consequences. Usually those consequences affect more people than just the sinner.