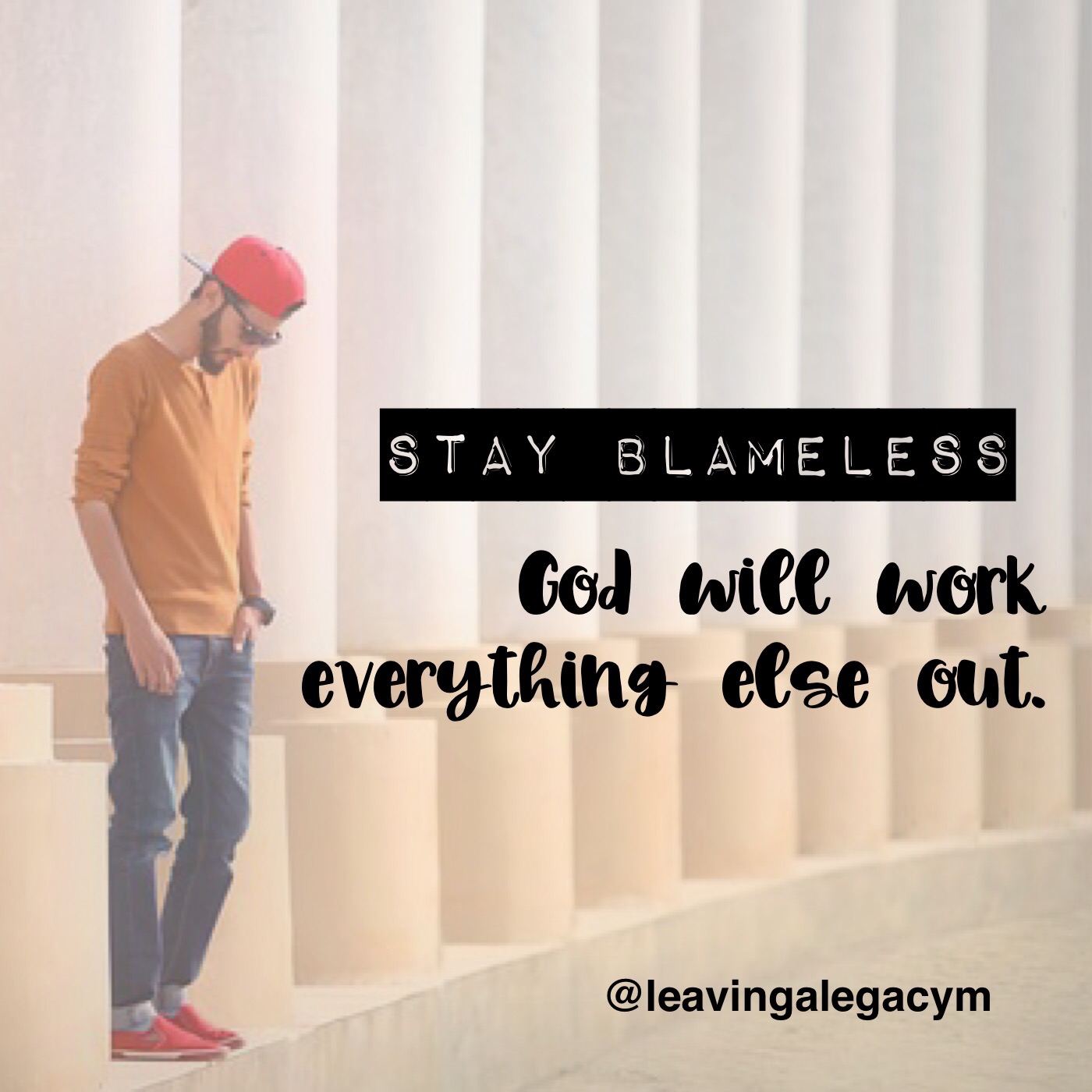 Potiphar’s wife painted a vivid picture for her husband and his men of what had transpired between herself and Joseph. She said “He tried to take advantage of me!!! I screamed and begged him not to and he finally ran away!!” Potiphar left in an outrage. He sentenced Joseph to jail time.

Joseph, a falsely accused, innocent man, would spend two years in jail for a crime he didn’t commit.

Sometimes people try to do us wrong in whatever way they can. Sometimes things we say or do are misinterpreted. God knows this will happen. He also knows that it’s out of our control. So He tells us to be blameless and He’ll take care of the rest.

Take comfort that He is a just Judge, that He knows the truth and that He has the final say.