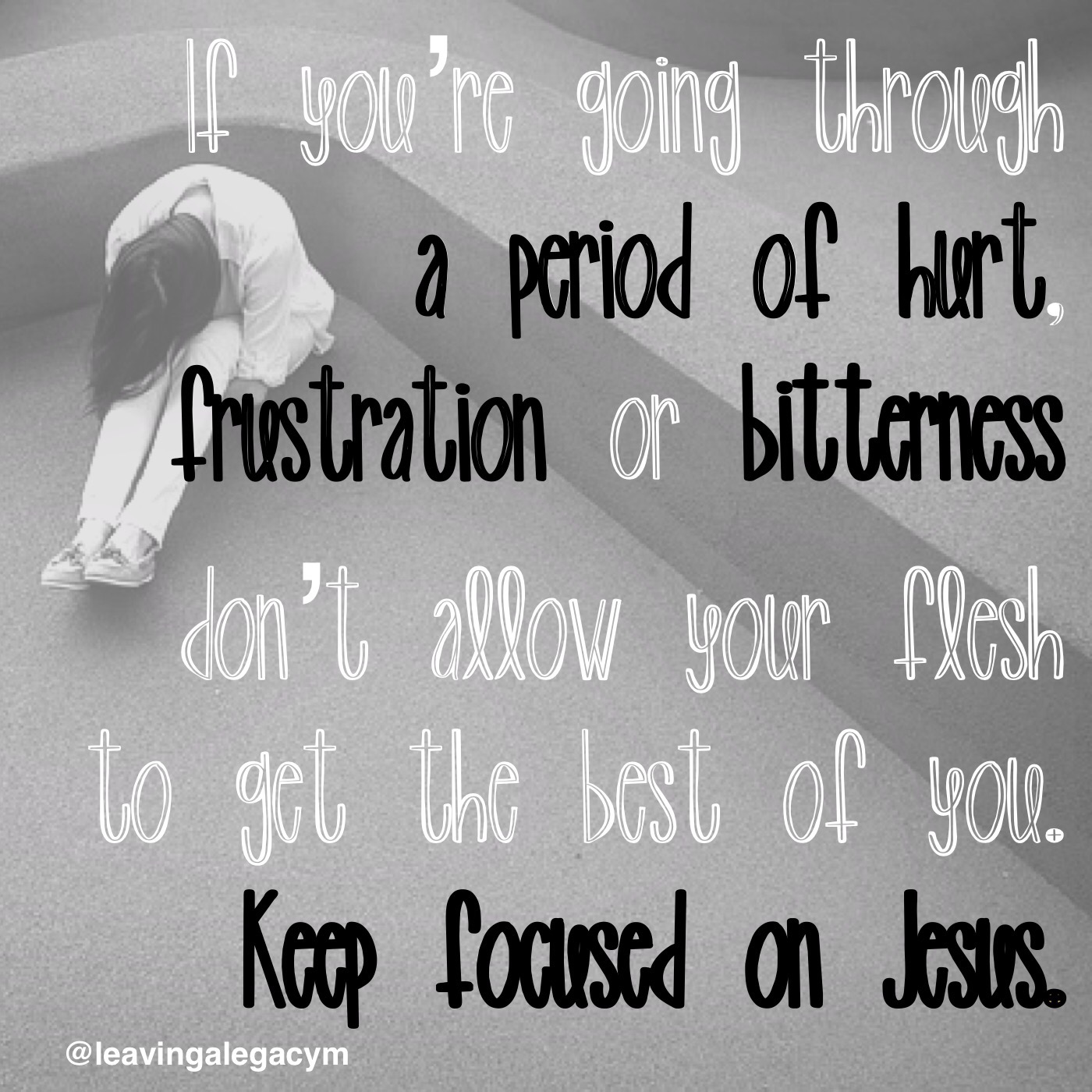 The heckler walked alongside King David and his men. He threw stones at him, cursed him and made false accusations against him.

But David didn’t focus on the heckler. He didn’t even respond to the man. He wouldn’t allow his men to retaliate either.

Instead King David kept his focus on God. He trusted that God was aware of what was going on and was hopeful that He would work good from this man’s actions.

If you’re going through a period of hurt, frustration or bitterness don’t allow your flesh to get the best of you. Keep your focus on Jesus and being part of His plan. He’ll work all things to your good.