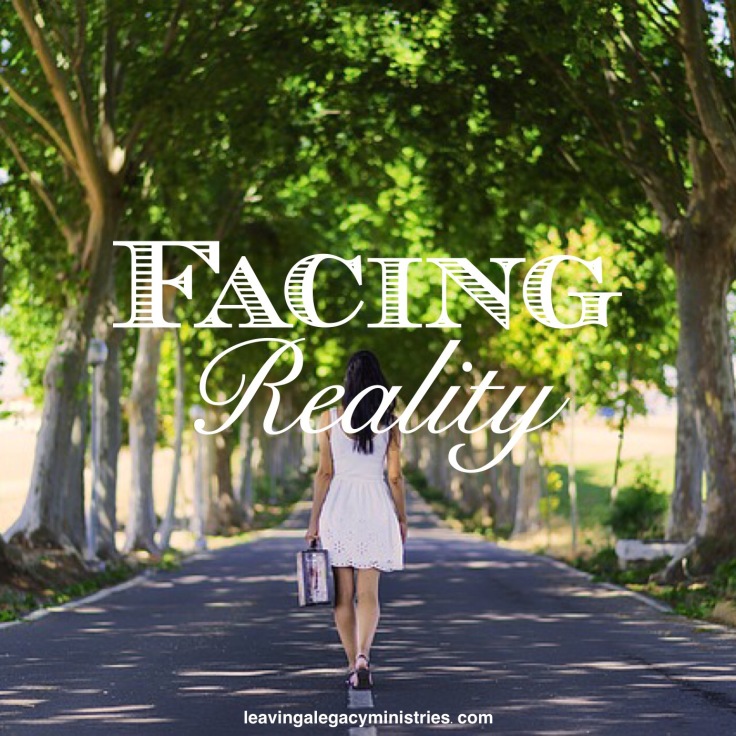 Naomi could have stomped ahead of Ruth, resolving to act as though she was unaware that her daughter-in-law was following her every move.
But then she would just be trying to live in a fantasy world –neglecting the reality. Naomi would stay irritated that no matter how much she tried to play ignorant of Ruth–she would still be there.
So she decided instead to hit the situation head on. She recognized the reality–Ruth was coming with her. Naomi then came up with a plan to embrace Ruth, helping her to get on the right track.
Dealing with reality takes more effort, time, and attention as opposed to acting as though there is nothing that needs to be dealt with. But not dealing with it doesn’t help anyone.
Acknowledge what’s going on. Pray about it. Read your word. Follow the Spirit of the Lord. Ignoring your situation doesn’t make it go away it just prevents you from obtaining peace in the midst of it.